The 2016 edition of SATELLITE Art Show placed art in all the rooms of a three-story South Beach hotel. SATELLITE Art Show is #notbasel and presented a number of exhibitions and performances that fostered art as resistance and critical reflection during a week generally reserved for reckless abandon (note: many beach spliffs were still enjoyed). As 2016 closes, it was nearly magical to be part of an art fair that did not shy away from the power dynamics and provided space for artists to confront the history of racism in the United States, gender bias in the art world, and climate change (shoutout to Laurencia Strauss’s Hope and Doom) through roaming performances, historical recollection, and installations.

Here is a synopsis of performances and exhibitions that tackled racism in America head on: Quinn Dukes, Director of Performance is Alive, and Satellite’s performance art curator organized a steady stream of performances that took over the entire hotel, spilled into the street, and featured performers predominantly engaged in timely political and socially charged topics. Quinn’s program was visceral and poetic. A particularly poignant piece was Ayana Evans‘ “Making a Way Out of No Way,” was a political and personal meditation on navigating the art world as a black woman. It involved the artist rolling on the floor, down the stairs, and through crowds of spectators as fellow performer Nyugen Smith repeatedly yelled “Get out the way! Black woman coming through. Please move. Step aside.” The title of the work and the ridiculousness of the act, coupled with the stark literalness of Smith’s repeated words create a desperate reflection on the impossibilities female artists of color face in a predominantly white, male, art world. 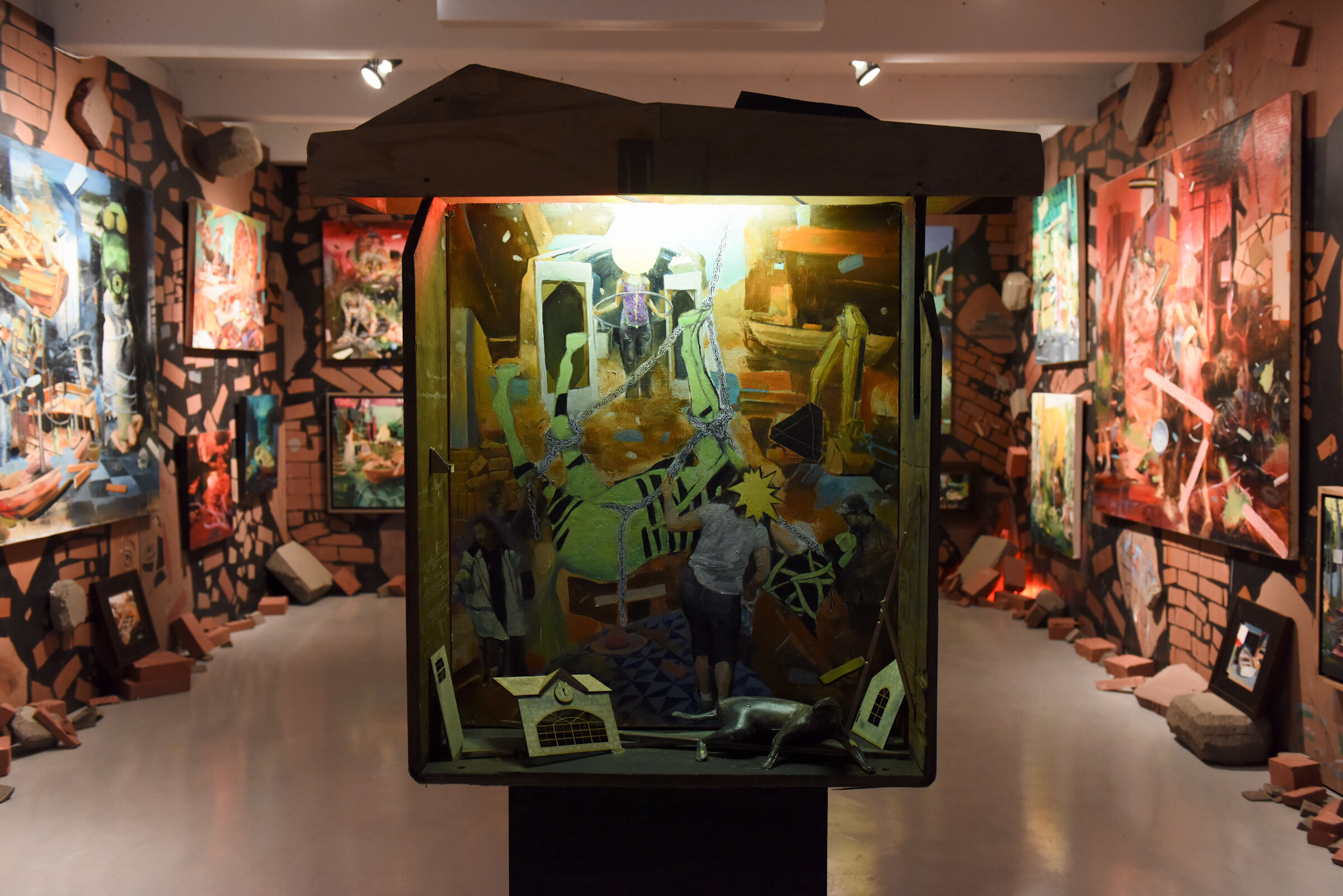 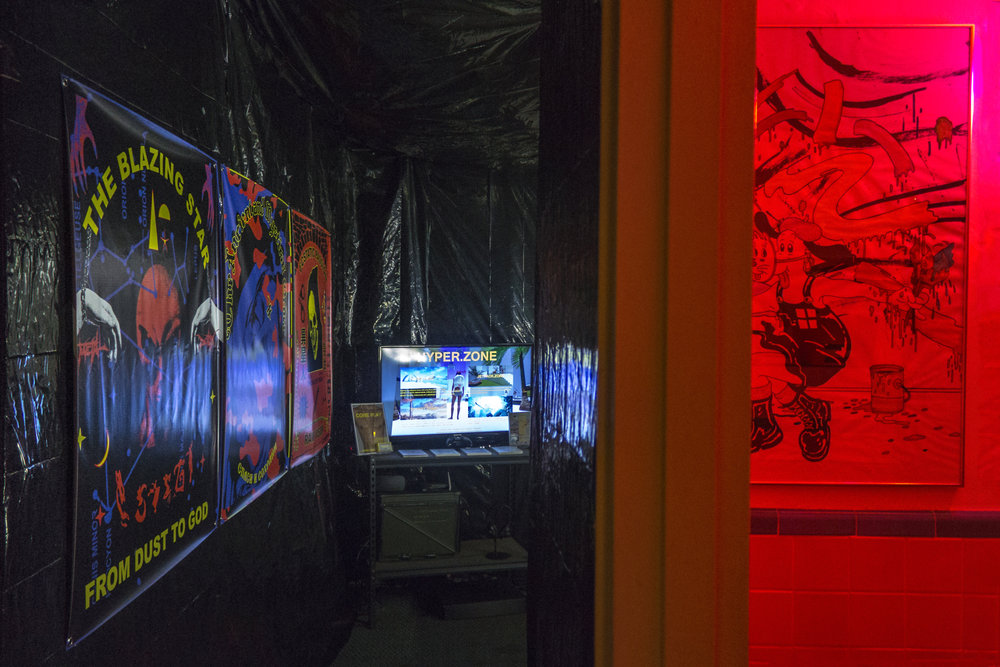 If Evan drew our attention to the hindrances artists of color face when navigating the Art World, Dominique Duroseau offered insight into the inverse by using her body as a vehicle to reflect on how mainstream culture actively appropriates and white-washes blackness. In “Mammy Was Here: To Plea” Duroseau dressed in all black and wore a black sculptural mask as she led a procession through the hotel while professing “It Ain’t Right!”. As Duroseau performed, she invited viewers to grab one of the hundreds of dime-bags, labeled “original blackness” and filled with black powder, gathered in her dress. Duroseau was immensely sincere, and as the performance came to a close her words turned to cries that echoed through the hotel hallways. Another highlight from Duke’s program included Joseph Bigley’s “Free Market Cannibalism” where the artist shredded a bleach-soaked copy of the full transcript from the Citizens United Supreme Court Hearings and then served it as “legislative links” from a hot dog cart outside the hotel.

In an un-Basel fashion, a handful of galleries at SATELLITE used their platform to support work that is not made for the market, but rather to educate through research-oriented exhibitions. These shows examined how certain aspects of the civil rights and other related movements have been forgotten over the decades. The aptly named Southern Gallery, from Charleston, South Carolina, presented “Inherited Truth / Inherited Pride” featuring artists Michaela Pilar Brown, Eliot Dudik, and Colin Quashie. Through design motifs, photography, and mixed media collages, the Southern Gallery transformed their room into an exhibition that forces viewers to consider history as it relates to slavery and the normalization of these atrocities at the intersection of tourism and the market. Brown’s collages and sculptural assemblages cultivate the power of materials and objects to echo the past.

The most successful of Brown’s work is “Battle Tomorrow.” A swing, lined with bullets and suspended from a ceiling of synthetic hair, turned a child’s pastime into a weapon. It brought to life the living-trauma still present for many people of color – even in the “safest” of places, like a playground. Dudik’s photographs of modern Civil War re-enactors called into question the precarious situation where people profit from history, while those who suffered still suffer. The most impactful offering from “Inherited Truth / Inherited Pride” was Quashie’s wallpaper titled “Frenchie Toile…Negro Toil” that framed the exhibition both physically and conceptually. Quashie’s wallpaper graphically depicts the vicious cycle of people of color sold into slavery and forced to live in abject servitude while making possible their masters’ domesticated leisure and opulence depicted on French Toile pattern wallpaper. “Inherited Truth / Inherited Pride” critiques the re-branding of plantations and other historically significant sites in America’s South. 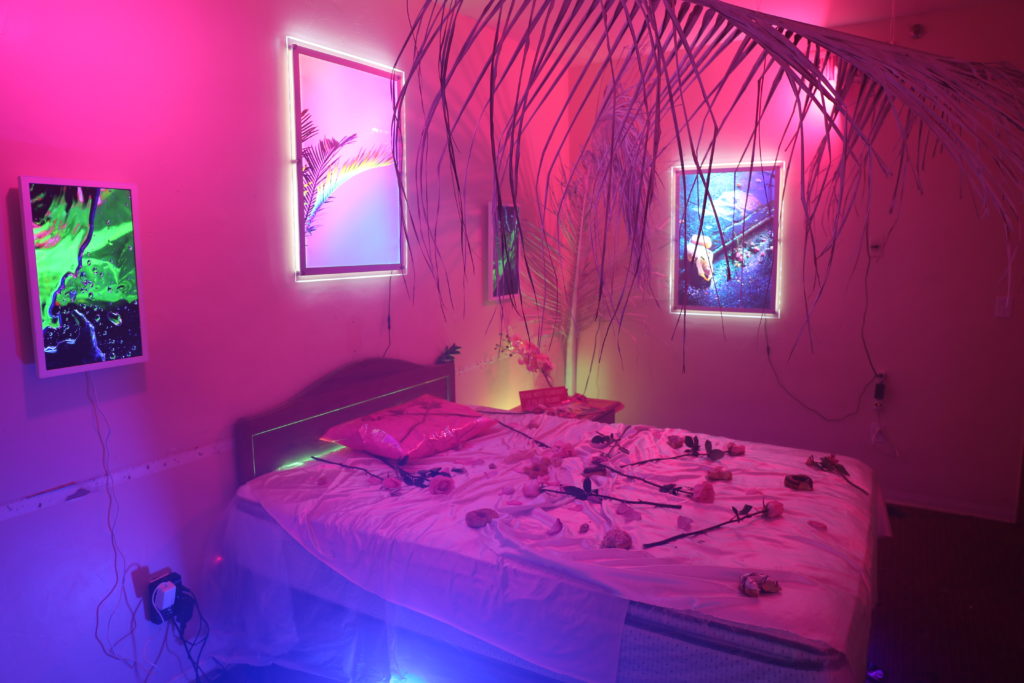 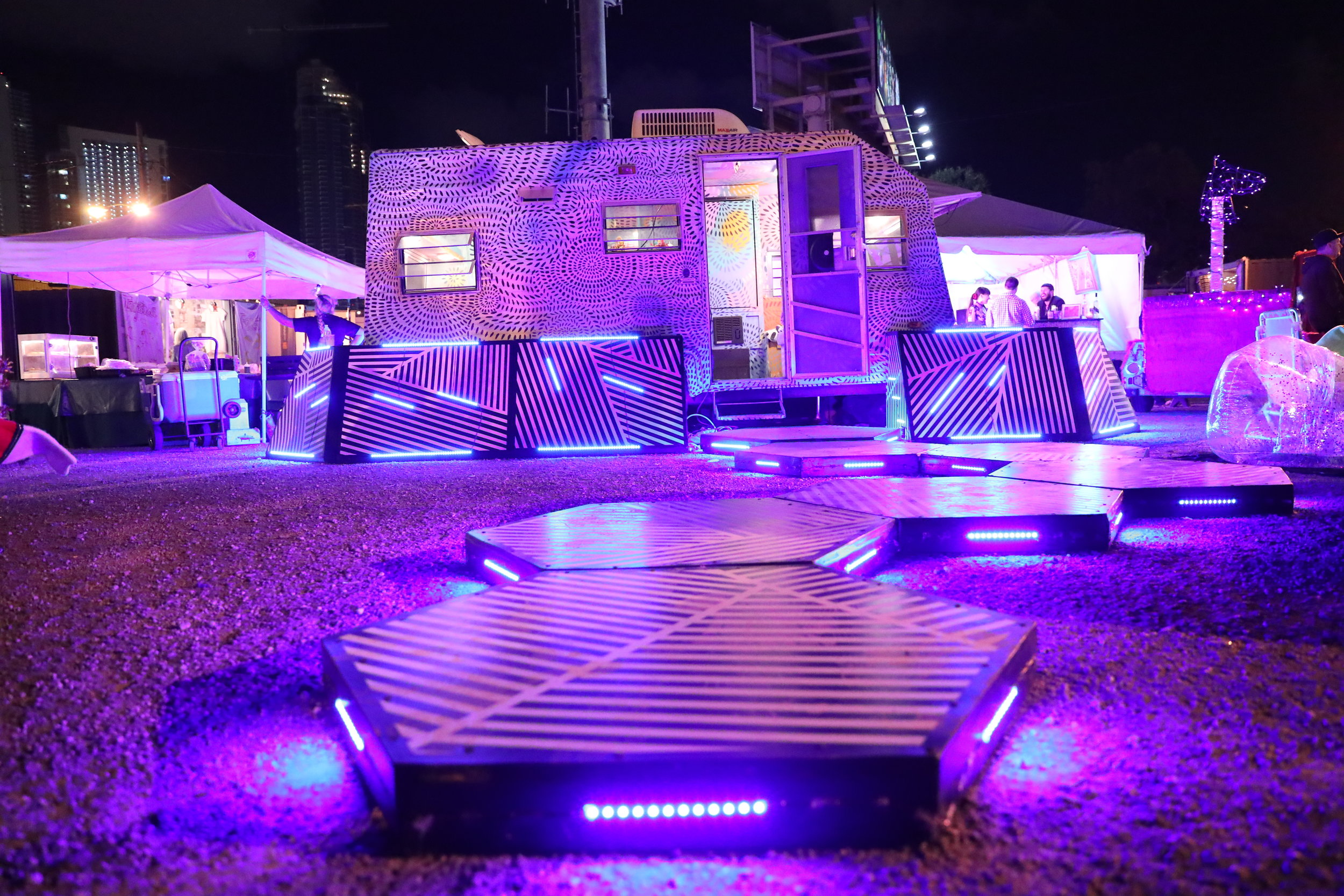 SATELLITE Art Show is anything but escapism. This was an art fair centered around the very essence of our humanness. Ironically, the final note was one of hope.