Berlin—Talking is not always the answer, the title of Omer Fast’s newest solo exhibition at Martin Gropius-Bau, examines the communicative turn in freeing oneself from war trauma. The act of talking through trauma is linked to catharsis, often associated to the modern turn, to Freud, who proposed talking as a way to move through trauma.

Talking is also a tactic to set a clear narrative, but not always an actual existing narrative; often the narratives that are constructed through reflection are entirely fictitious. Freud’s theory, “fort-da,” based upon watching his nephew as a baby role an object back and forth, is a game played by children to master the initial fright of loss, often cited in Post Traumatic Stress Disorder (PTSD) cases. Freud’s response to why PTSD victims dream of their trauma at night: in order to convert fright into an anticipated fear, rather than eliminating the traumatic event itself from memory. As such, Fort-da is a type of self-deluded mastery that subjects play to coat reality in fiction. These self-deluded games are where one finds the films of Omer Fast, imbued with characters anatomized by war drama, pornographic references, and Oedipal fantasies.

Fast’s films function within the genre of the art film, but often deal with heady, political topics, such as war trauma and terror hysteria. Based in Berlin, Fast was born and grew up in Israel and was educated in the United States. The first work one encounters upon entering is Fast’s first known work, CNN Concatenated (2002), which is installed in a type of waiting center, similar to the likes of governmental and immigration buildings in Germany. This specific piece shows different clips of CNN broadcasters speaking and looking into the camera. Their speech is fragmented, which Fast than cuts and intersperses with narratives of his own, dovetailing into lugubrious runs on sentences like, “you are afraid of dying alone, but you are even more afraid of dying in public.” The CNN broadcasters all vaguely reference 9/11—even in seemingly unrelated broadcasts like weather forecasts—in a kind of post-terror hysteria aesthetic bricolage of contemporary neo-McCarthyist diatribes. In Fast’s politically discombobulated world, talking literally becomes parsed, fragmented and personal fears develop into strange and anxious truisms. 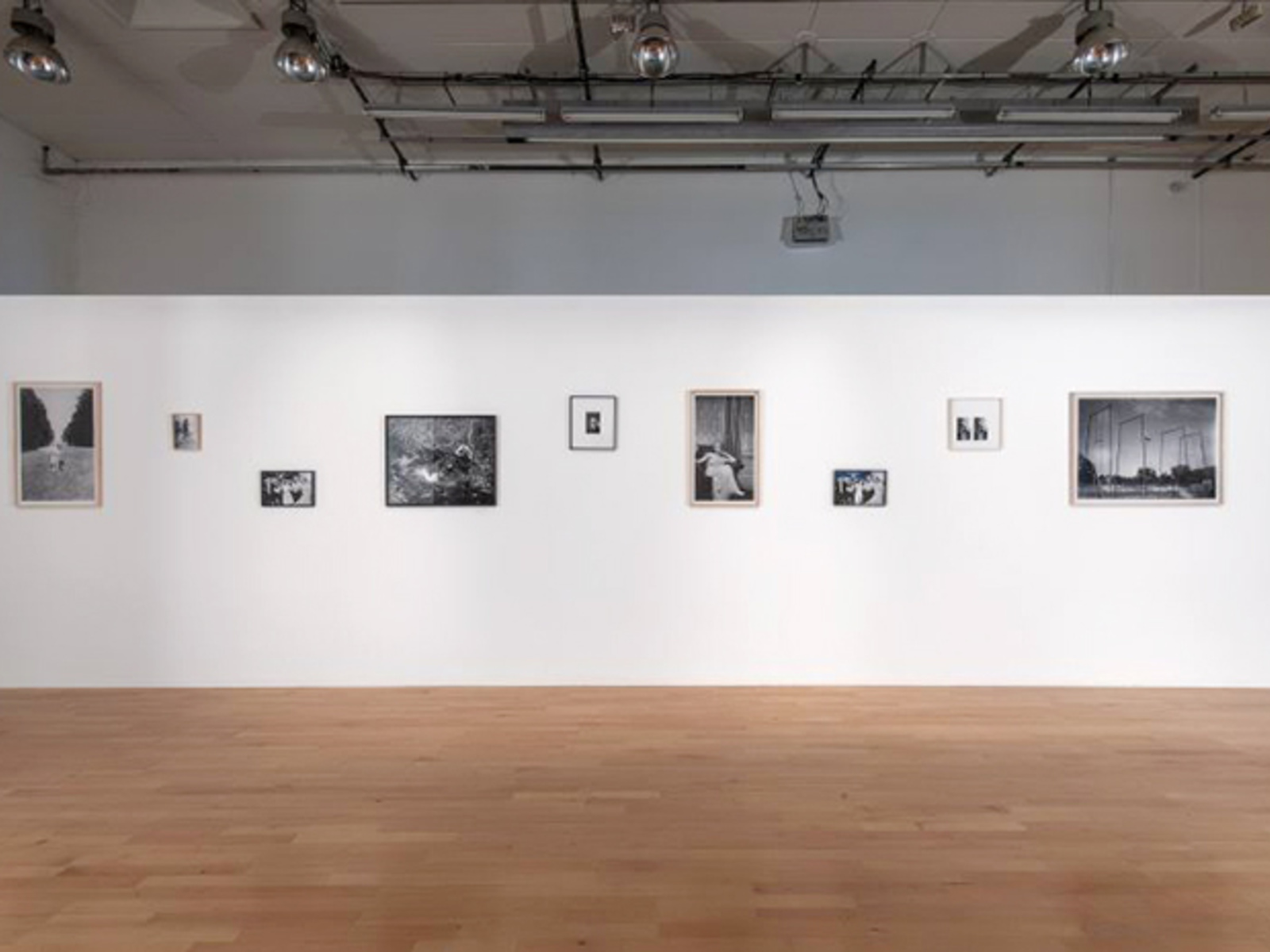 The next work in the exhibition, Spring (2016), is far more ambitious and is also exhibited cinematically in a ciphered off dark room, with loud base sounds. It shows Fast’s development over the years from a DIY video artist as he slowly developed a more cinematic language. The work is about a homecoming. It is a follow-up to Continuity (2012), whose narrative shows a son coming home from war. Both Spring and Continuity are set in Germany. Each uses the same family unit as actors. Continuity shows a husband and a wife welcoming a long-awaited absent son who, the viewer learns, was deployed in war. However, which war and whose war the viewer is never directly revealed. Continuity tells the story of a couple, who, initially, seems to be stereotypically grieving and welcoming a family member back after a long hiatus. The narrative follows the couple as they drive to the train station to pick their son up. On the way, they encounter strange beguiling incidents: a camel who crosses their path on the road and leads them to the discovery of mass graves. Whose trauma do they encounter? They do not speak, they do not answer. In the film, the couple eventually meets their son at the station. After their arrival back home, they engage in tidbits of normal banter, seemingly set to an everyday domestic routine. The couple, anticipating the eventual return of their son, leave the room exactly how he had left it. The narrative of the homecoming builds slowly in intensity: the son, who appears addicted to drugs, begins to see visions in his food. His parents, whom the viewer begins to question, react emotionally; the mother gets up and storms into the kitchen. In the next scene, the couple is seen driving to the exact same train station. It is revealed they are picking up another unknown soldier, delivered to them like a UPS package. The previous evening’s events repeat, but this time, the son/soldier has forgotten to do something according to the script. The events then repeat themselves again, almost like a role-playing game designed by Fast, with odd sexual nuances revealed in the built up domestic intimacies between the family.

In Spring, however, the viewer encounters a full spectrum of events playing out. Aspects of the filming are literally displayed in disjointed realities throughout the five channel video. For instance, a scene filmed in a different location, with the same actor, is projected in one corner of the image, illustrating a different aspect of the story and representing an alternative reality.

The video contains two distinct coinciding narratives: that of an older son who is coming back, falling into addiction and drug dealing. And that of a much younger son who is acting, trying to replace the couple’s lost son. Here, the trauma of the homecoming is juxtaposed against the trauma of war, queer desire and brutal war ravished rape. In one of the very first scenes of the film, a soldier is running away in a desert landscape. In another, he is seducing another male soldier, the seduction turns into deception and forced anal sex. The same character encounters debt collectors who also threaten his life, beat and tie him up. Sounds of all of these actions accompany the video, in a cacophony timed perfectly to jump cuts and the camera moving in and out.

Other works such as Everything that Rises Must Converge (2013), a 4-channel video work, looks into the life of Los Angeles-based porn stars. Another work, August (2016), chronicles analog film technologies. Both of these works get lost in overly produced art film tropes, a type of techno-fascism likely made possible by the budgets of Fast’s growing and formidable gallery base. All in all, Talking is not Always the Answer creates a strong visceral feeling of confusion, fright, and sadness within the viewers. The characters, which Fast has portrayed on camera and scripted, appear caught in some type of search for their own identity, and also that of Fast’s. Like in Luigi Pirandello’s famous absurdist metatheatre, Six Characters in Search of an Author, where the characters wander around in search of their author and their unfinished and unwritten selves, Fast’s actors seem caught between searching for answers and finding pleasure in the act of searching itself. These sadistic impulses for vacancy also tie the viewer up, arresting the body within a kind of psychotic dualism: to empathize or to kill empathy itself. Omer Fast: Talking is Not Always the Solution is on view from November 18, 2016 to March 12, 2017 at the Martin-Gropius-Bau.